Milam Settlers Day is devoted to the preservation of Milam’s history. The reconstruction of the Causey House was one early project of the organization. The acquisition of a marker to designate the place where Stephen F. Austin spent his first night in Texas has recently been placed on Las Borregas Creek. Future plans include historical markers for the Milam Cemetery and for the town of Milam.

Milam Settlers Day, which takes place each year on the weekend before Thanksgiving, is located in Milam, Texas at the junction of Hwys. 87 and 21. 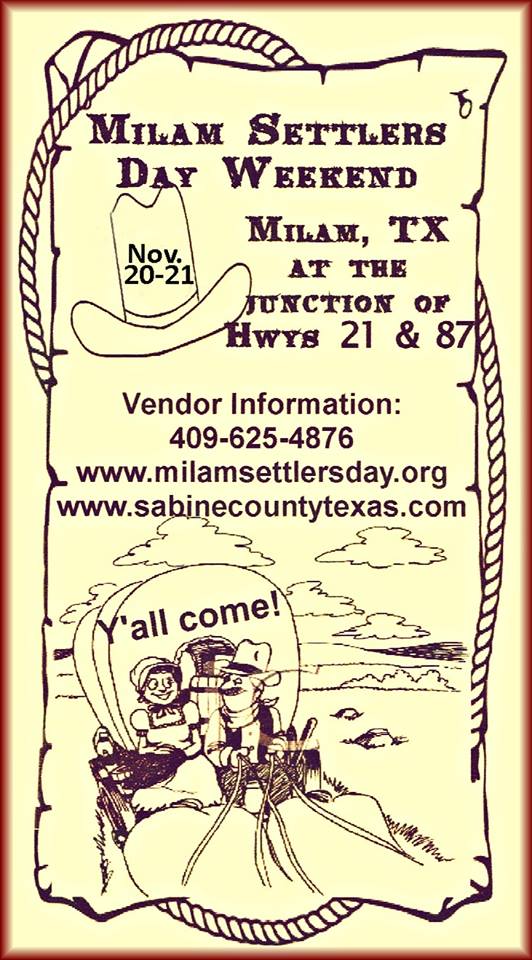