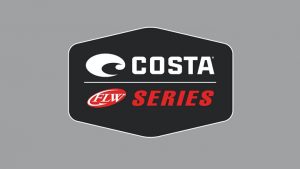 JASPER, Texas  – More than 440 pros and co-anglers are set to open the Southwestern Division next week, Feb. 15-17, at the Costa FLW Series at Sam Rayburn Reservoir – the largest FLW Series event ever held on the fishery. The tournament, presented by YETI, is the first regular-season event scheduled in the FLW Series Southwestern Division. Hosted by the Jasper-Lake Sam Rayburn Area Chamber of Commerce, the event will feature anglers competing for a top award of up to $99,000, including a brand new Ranger Z518C boat with a 200-horsepower Evinrude outboard.

“The water is warming up, the weather has been mild and I’ve seen this before – the lake is setting up,” said FLW Tour pro Todd Castledine of Nacogdoches, Texas, who has 10 previous top-10 finishes – four wins – on Sam Rayburn in FLW competition. “We’re starting to see some big weights in the local events, and I think we could be hitting this tournament at just the right time. This is going to be a really fun event.

“I normally would never say this, but I don’t think that 20 pounds a day is going to cut it in this one,” Castledine continued. “There are so many big fish in Sam Rayburn that no lead is safe. A 33- or 34-pound limit is absolutely possible, especially the way the lake is setting up right now.”
Castledine predicted that this tournament would strictly be a prespawn event – no sight fishing or springtime patterns.

“You’re going to be able to catch them a lot of different ways,” he said. “The fish are staging all over the lake – in the grass and offshore. I don’t think you can win this tournament fishing just one way. I think you’re going to have to mix it up.

“The lake is getting better and better every year, and this year is no different,” Castledine went on to say. “The key will be finding an area or fish that you have to yourself, and then managing those fish over the three days of competition. We’re going to have to figure out how to catch some big ones – I think it will take 70 pounds to win this event.”

Anglers will take off and weigh-in at the Umphrey Family Pavilion, located at 5438 RR 255, in Brookeland. Takeoff will be held at 7 a.m. CST each day of competition and weigh-ins will start at 3 p.m. All takeoffs and weigh-ins are free to attend and open to the public.

In Costa FLW Series regular-season competition, payouts are based on the number of participants competing in the event. At Lake Sam Rayburn, pros will fish for a top prize of $99,000, including a brand new Ranger Z518C boat with a 200-horsepower Evinrude outboard if Ranger Cup qualified. Co-anglers will cast for a brand new Ranger Z175 boat with a 90-horsepower Evinrude outboard, and $5,000 if Ranger Cup qualified.

About FLW
FLW is the world’s largest tournament-fishing organization, providing anglers of all skill levels the opportunity to compete for millions in prize money in 2018 across five tournament circuits. Headquartered in Benton, Kentucky, with offices in Minneapolis, FLW and their partners conduct 286 bass-fishing tournaments annually around the world, including the United States, Canada, China, Italy, South Korea, Mexico, Portugal, South Africa and Spain. FLW tournament fishing can be seen on the Emmy-nominated “FLW” television show, broadcast to more than 564 million households worldwide, while FLW Bass Fishing magazine delivers cutting-edge tips from top pros. For more information visit FLWFishing.com and follow FLW at Facebook, Twitter, Instagram, YouTube and Snapchat.
# # #